The Chapel of Our Lady of La Salette

I am a tour guide and I invite you to discover the visit of one of the most popular pilgrimage sites on Reunion Island.

This circuit aims to discover and understand the importance of the historical heritage of the chapel which overlooks the town of Saint-Leu.

In mainland France, Our Lady of La Salette appeared to two children on September 19, 1846 above the village of La Salette-Fallavaux, near Corps (Isère), in France.

Around 03:00 pm, on a mountain near the village of La Salette-Fallavaux, two young shepherds, Mélanie Mathieu or Mélanie Calvat, aged just under fifteen, and Maximin Giraud, eleven years old, see in a resplendent light a « beautiful lady » in tears who addresses them.

(The message was that the people had 6 days to work and the 7th day, Sunday, was to be consecrated to God. Yet many people continued to work on Sundays as well. In addition, people also use the name of God to slander. If this continued, there would be a terrible famine in the region.)

In Reunion, in 1859, a terrible epidemic of plague and cholera spread across the island, killing around 2,700 people. Almost all the towns and villages of the island were affected by the disease and the village of St-Leu was also expecting it. Their pious priest, Father Sayssac publicly promised, on Sunday April 10, 1859, that if his parish was preserved from cholera, to build a chapel in honor of Our Lady of La Salette.

No sooner had this vow been pronounced than, in all hearts, a joyful confidence replaced gloomy anxiety. The authorization to erect the sanctuary having been easily obtained from the bishop of Reunion Monsignor Armand-René Maupoint, it was not long in coming to the execution. The poor people, providing the labor, competed in goodwill with the rich people who advanced the necessary funds.

The epidemic stopped at the gates of the city and cholera disappeared from the island. Not a single resident of Saint-Leu had been a victim.

This miracle earned the Chapel, rebuilt in 1958 by Father Fontaine, its important reputation.

The pilgrimage of Notre Dame de La Salette in September, attracts thousands of pilgrims. It is one of the most followed on the whole of Reunion Island. 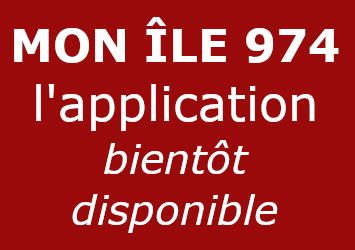